To up your knit knowledge here’s a brief history about the world of sewing with knits.

Prior to this they had just been used for underwear. Shocking at the time, the use of such a fabric in outerwear played a role in women’s emancipation by allowing them to wear comfortable clothing in which they could move and be active.

Then in the 1930s and 40s Madame Grès sculpted draped and pleated Romanesque jersey dresses directly onto models which clung to the curves of the female body yet allowed free movement. 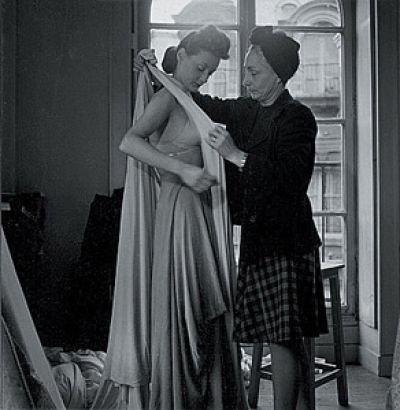 By the 1970s American designer Roy Halston Frowick (aka Halston) was using jersey to create sexy draped and wrapped dresses that had a pared down style that followed the shape of a woman’s body without being skin tight and restrictive; perfect for the stars filling Studio 54 and dancing all night! 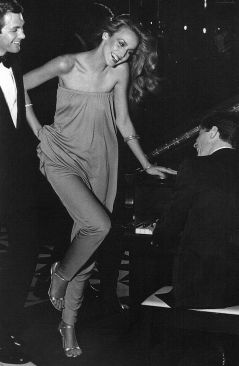 That halter neck slightly cowled neck dress on the right in the first picture is just heavenly.

Diane Von Furstenberg’s iconic jersey wrap dress also emerged in the 1974; a style which was hugely successful and still popular today, likely thanks to it being such a flattering style which looks great on most shapes and sizes of body and is so easy and comfortable to wear.

In the 1980s Jean Paul Gaultier, Vivienne Westwood and Issey Miyake were incorporating knitted fabrics into their catwalk collections. 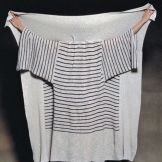 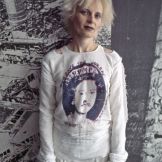 Today the use of knitted fabrics is almost taken for granted. Who can imagine a world without t-shirts, comfortable sportswear, leggings, vests and sweatshirts?!

If you’re interested in the social importance of the t-shirt there’s a perfectly timed exhibition coming up at the Fashion & Textile Museum exploring the cultural and political impact during the 20th century of one of the most humble yet iconic of garments. T-SHIRT: CULT – CULTURE – SUBVERSION opens on 9th Feb and I’m really looking forward to seeing it.