Tag Archives: how to choose a sewing pattern 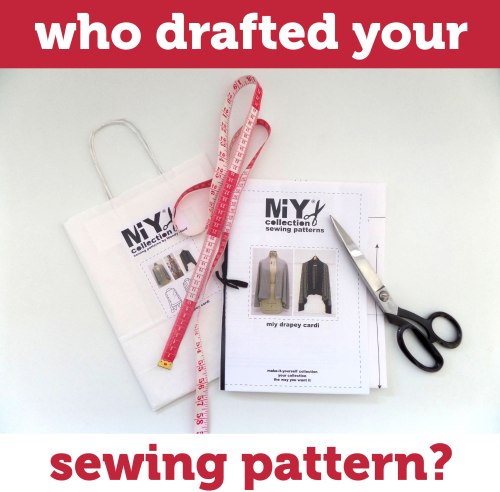 The world of Indie Sewing Patterns expands by the day, which is good news! Being able to use patterns from independent designers is great, but with so much choice out there, how much do you really know about them?

This is a blog post I’ve been meaning to write for months and as it’s now Sew Indie Month and I’m a part of that amazing project, I thought it was the perfect time!

It’s a subject which has been touched on recently by Abby Glassenberg in this post about an accreditation system, with some interesting discussions in the comments. Although it initially sounds like a good idea which does appeal to to me, I personally don’t think any kind of accreditation system could work; it would be too cumbersome and inevitably result in some sort of subscription or membership fee being due which would push up the price of patterns.

Other options are review sites and curated sites. Of the review sites there’s really only one main one; Pattern Review, it’s thorough, it’s well-used (I think, have you ever used it?), but couldn’t it just do with a bit of an image overhaul? In dressmaking we are sadly lacking a Ravelry equivalent. For all you non-knitters, Ravelry is like Facebook for knitters! Of the knitters I know it seems to be well-used and well-loved.

Of the curated sites, there’s Kollabora and Indiesew. Kollabora has a huge choice, but it doesn’t just stop at dressmaking and includes other crafts. Indiesew focusses just on dressmaking, but it doesn’t stock some key designers. My main reservation about sites like these is that well, didn’t we all think that one of the many great reasons for buying from indie designers is that you know exactly where all of your £$ is going?? Indiesew and Kollabora are both predominantly market places and they take their cut.

Then there are organised events and PDF pattern bundle sales like Sew Indie Month and what was Perfect Pattern Parcel, where patterns are bundled together from reputable indie designers with the proceeds going direct to the designers and also a proportion going to charity.

So really, the best way to check out the credentials of an indie pattern designer, or find one that shares your dressmaking vision, is going to be recommendations from stitchy friends and doing your own research.

Start by asking these questions:

Lots of indie designers do everything themselves and don’t have a massive budget to splash out on fancy graphics, brand designers, web designers, etc so don’t rush to judge a book by its cover: beautiful, professionally designed packaging of a pattern doesn’t necessarily tell you the quality of what’s inside.

Here are some excellent blog posts about what’s involved in developing a new pattern. I did consider writing a post like this myself, but as these two designers have explained it so well, why not read theirs. They’ll also shed light on why indie patterns cost more than the big traditional pattern companies:

So, how many times have you lovingly made yourself an item of clothing and then never had an occasion to wear it?  Let’s face it, there are only so many times in a year that you’re going to need a tea-dress/vintage style frock with nipped in waist/swirly skirt with a mad print.

This is the pitfall that awaits new stitchers.  You have some new skills, you’re all excited by these girly, cute, vintage style patterns, you’re loving all the printed fabrics covered in cute little animals and ditsy flowers.  But hang on a sec there, these things are a million miles away from the clothes you normally enjoy wearing and you don’t have a spring wedding to attend every weekend!  (Or do you?!….)

Save yourself a bit of sewing disappointment and ask yourself these questions before you get all carried away with that new project:

Once you’ve got your rational head on, start looking at patterns and fabrics with a fresh and more objective eye.  Look at the small line drawings of the design of the pattern and ask yourself if it’s a style you can see yourself wearing.  When you’re out shopping for fabric, stop looking at fabric as an abstract thing in its own right (it may as well be wallpaper or a table cloth), imagine great chunks of the stuff draped around your body (grab the roll and hold it up against your face), can you really see yourself wearing it???

This post has been inspired by a meeting I had recently with personal stylist Clary Fisher.  Clary and I had been aware of each other online for sometime, but finally met up over a cup of tea to discuss an idea of Clary’s.  Well what a fab meeting and hopefully the start of something rather special, as it was so nice to have a good old chat with someone totally on the same wavelength.

It turns out Clary and I have very similar thoughts about the clothes-buying and clothes-making processes:

Do you feel inspired to start sewing your “you” wardrobe?

Clary will be giving a talk at MIY Workshop all about styling which will include easy tips to work out shapes and colours that suit you and how to apply that to making something that you will love wearing.  We’ll also be announcing some exciting joint workshops soon! 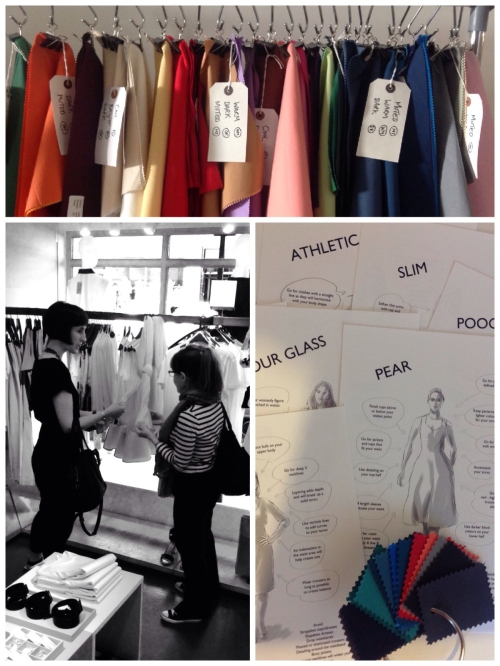 Clary’s credentials are impressive, (as you’d expect from any industry professional invited to speak or teach at MIY Workshop) she’s worked as a stylist on West End shows, TV shows including Eastenders and The Mobo awards, for bands and on fashion shows and shoots.  She’s also a visiting lecturer at the London College of Fashion and even better, she also knows how to sew having studied tailoring!

If you’d like to join us, the date is Saturday 5th July at 11am.

Tickets will be just £5 and there will only be 12 seats available.

Don’t miss out.  Book your seat by ringing Wendy at MIY Workshop on 01273 693451 or email miyworkshop@gmail.com