These interchangeable terms are used to describe clothes that are built to last and kinder to the environment and people making them. Sounds like common sense really doesn’t it? But the making of clothes has, over the past 50 years, morphed into a giant global activity with complicated and exploitative supply chains that can actually make these common sense, simple values difficult to achieve for many big brands.

This way of working can result in classic styles and well-made clothes that are built to last. It also places some responsibility on the customer too, to find your own style rather than following faddy short-lived trends.

Ethical / slow fashion has lots of cross-overs into both the craft world as well as the world of styling and “curated” wardrobes (embracing the concept of buying less but better). I think it can also be directly compared with the food industry (which is much further along this path than the fashion industry): just imagine going to a restaurant and ordering a meat dish, then the waiter wasn’t able to tell you what animal it had come from, how it had been cooked and when. I’ll bet you wouldn’t dream of eating it, why should it be different for the clothes that we wear on our backs?

WHY BUY ETHICAL AND HOW IS IT LINKED TO SEWING?

Once you start to make your own clothes, all of the things trying to be addressed by ethical / slow fashion come into your consciousness, possibly for the first time. The main thing that sewing your own clothes gives you is control. Shop bought high street clothes can often deliver an “it will do” garment with issues including: poor quality fabric, not quite the right fit, perfect if only it was a bit longer / wider / narrower / fuller, etc, just the wrong colour and so on and so on.

The feel good factor is the thing that crops up again and again in my sewing classes, especially among people who have just started learning how to make their own clothes. Once you know the time, skill and costs involved in making your own clothes, you start to look at high street fashion through different eyes. You start to question; why should someone in a distant country who is a human being with the same feelings, needs and ambitions as me, be forced to work for poor wages, forced to work overtime, have their life put at risk in unsafe factories and have very little time off, just to make a garment so cheap that if I only wear it once or twice it doesn’t matter? Is that really a price worth paying or could I easily pay more without even really thinking about it? Personally, I want to know that any ready-to-wear clothes that I buy are made in safe working environments and that the people who made them are able to take pride in their work, have had some training to build valuable life-long skills, felt valued for those skills and were paid a wage which fairly reflected their efforts.

MY EXPERIENCE & MY WARDROBE

My day-to-day wardrobe is easily 80% made by me and I’d say most days I’m wearing mostly me-mades, not through a conscious effort to choose clothes that I’ve made, but because they’re the clothes I most enjoy wearing (for all the reasons mentioned earlier). 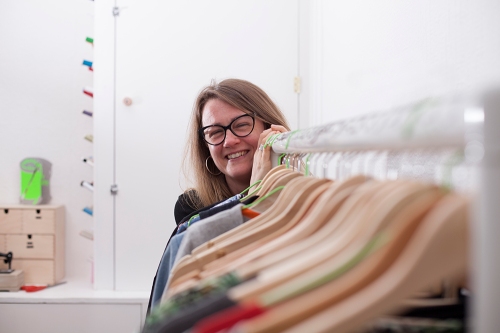 I do allow myself to buy shoes, winter jackets and coats, sportswear and underwear (although I have made my own pants in the past). I also buy accessories such as bags, belts, hats and gloves and when I do buy, I try my best to buy from a reputable company who I can see is trying to employ some ethical / slow fashion principles.

I have seen both extremes of the high street fashion industry in the UK first hand; I worked as a designer for an M&S supplier while they still did some manufacturing in the UK, only then to see all those factories closed down in the space of a few years and hundreds of skilled jobs lost.

My first job as a fashion design graduate was as a boyswear designer for Matalan, before I moved on to become the product development manager for a newly established organic cotton brand called Gossypium. This gave me a great insight into what needed to change and what is actually possible in the clothing industry.

While working at Matalan, I literally churned out designs; 80 – 100 new designs a year, mainly “inspired by” garments that buyers bought on shopping trips around Europe and the US. I had no idea how and where any of the garments I was creating were being made (and nor did the majority of people I worked with, including the buyers, I know because I asked the question). To say it was a depressing job as a graduate fresh out of design school would be an understatement. (Note: things may have changed at Matalan by now – I’m only speaking of my experience working there which was in 2000 to 2001 and everyone I personally knew while working there has since left the company.)

My next job couldn’t have been more different, at Gossypium I worked with cotton farmers, textile specialists, garment makers and home weavers, in the UK and in India.

A gigantic looking me, with villagers in India.

I was hands-on, I got to talk to people about ideas they had about how to make clothes, I got to play around with fabric to create garments rather than just draw imaginary garments on a computer screen and I got to sit beside machinists while they made the clothes. The brand was (and still is) a success; within a few years I saw my designs stocked in Harrods. I loved that job and am incredibly proud of what I did there.

Some of my designs for yoga wear created after months of research when working for Gossypium. Research which involved observing and taking part in yoga classes and talking to yoga teachers about what they needed from their clothes, then endless toiling to try out ideas of shapes and details, research which I wouldn’t have been given the luxury of undertaking in previous design jobs.

It is possible to do things better and produce clothes close to home in a sustainable way that revives communities, preserves skills and doesn’t exploit people or environments. Just two of the companies making clothes in a better way that have started in recent years are:

FIND OUT MORE & GET INVOLVED 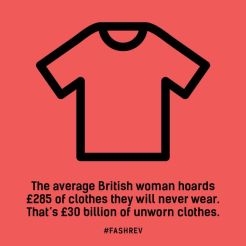 If you want to use more sustainably produced fabrics in your sewing, have a look at my post Where To Buy Sustainable Fabrics.

Here are just a few of the many brilliant books available on this subject:

*UPDATE 31/12/17*  If you’re interested enough to be reading this post, you’re probably aware of the Rana Plaza factory collapse of 2013, this half hour programme I heard on the BBC World Service is a really hard listen, but I highly recommend it: http://www.bbc.co.uk/programmes/w3cswd3c

Two things stood out for me:

6 responses to “Does Sustainable Sewing Lead to Ethical Fashion?”